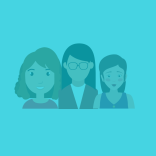 This article was written by one of the fabulous content…

Why Debt Isn’t All Bad

*This post may include affiliate links or sponsored partnerships. We get a commission if you sign up with a partner; this commission is at no cost to you.

*This post may include affiliate links. We get a commission if you sign up with a partner; this commission is at no cost to you.

Cool story I want to share with you this week about money in relationships.

A few months ago, I wrote a story for a financial company on tips for how couples can repay debt together as a team. I interviewed several awesome couples for the story.

None of their stories were extraordinary either.

(I’m verrry skeptical of too good to be true stories so I asked the hard, nosy questions about their income to make sure they didn’t get a windfall of cash from a dying granny that resolved their debt woes. But I digress.)

It was just regular couples who came into the relationship with their own financial stuff like student loans, auto loans, and credit card debt.

Many of these couples didn’t talk about money habits before getting into the relationship (or even getting married) which caused some hiccups. But overall, they were able to get on the same page to crush a decent amount of debt after confronting differences.

I also talked to one financial advisor who helped a man who was scared to propose to his girlfriend because he had $50,000 in credit card debt and was ashamed of his income. He had a cool title, but the money was a lil’ bit funny.

Nevertheless, she helped him come up with a two or three year debt repayment plan. He presented the plan to his fiance and ended up proposing. Dealing with finances and relationships is super important, and one that I’ll probably be covering more here and on the blog.

I want to share with you two REALLY key things I learned during research for the story that could help you while you’re dating and when you’re in a serious relationship (marriage, domestic partnership, etc.).

We ALL have stuff we’re dealing with. Your partner isn’t perfect and neither are you. You both just need to be honest and willing to work at whatever money issues you have.

The story of the $50,000 credit card debt guy is a good example. He told his fiance and presented a plan that he was working on to help ease her concerns.

Keeping money secrets such as debt or tax trouble from your partner can be considered infidelity. It’s the hiding part that can be hurtful. When things are out in the open it can relieve your stress and theirs.

#2. Rally around a goal to get your household finances together.

This was the most eye opening thing I learned from these couples. In every single one of the interviews, they point to goal-setting as the way that they came together to establish a plan. And not just saying I’ll save $XX by XX date.

They made lifestyle goals of where they wanted their family to be 5, 10, 20 years from now.

A common theme of the interview was that each person can have completely different money habits. One could be a saver and the other could be a spender. But having joint lifelong goals and the desire to build something together helped them get on the same page.

Say you want to retire in another country. Have fun dreaming about it and then create a money plan from that image.

The intersection of money and relationship can be awkward, but it can still be done! If you have goals and need help check out my budgeting book.

Want to reach your financial goals?

Success! Now check your email to confirm your subscription and to grab the checklist!

Get notified about exclusive offers every week!

How to Productively Work from Home With a Baby

107 Productive Things to Get Your Life Together While Social Distancing

How to Survive Music Festivals on a Budget

Why Debt Isn’t All Bad

How to Spend Less Money Without Starting a Budget

How to Save Money Every Paycheck

You can toggle right click protection within Theme Options and customize this message as well.

You can also add shortcodes here.

Get notified about exclusive offers every week!